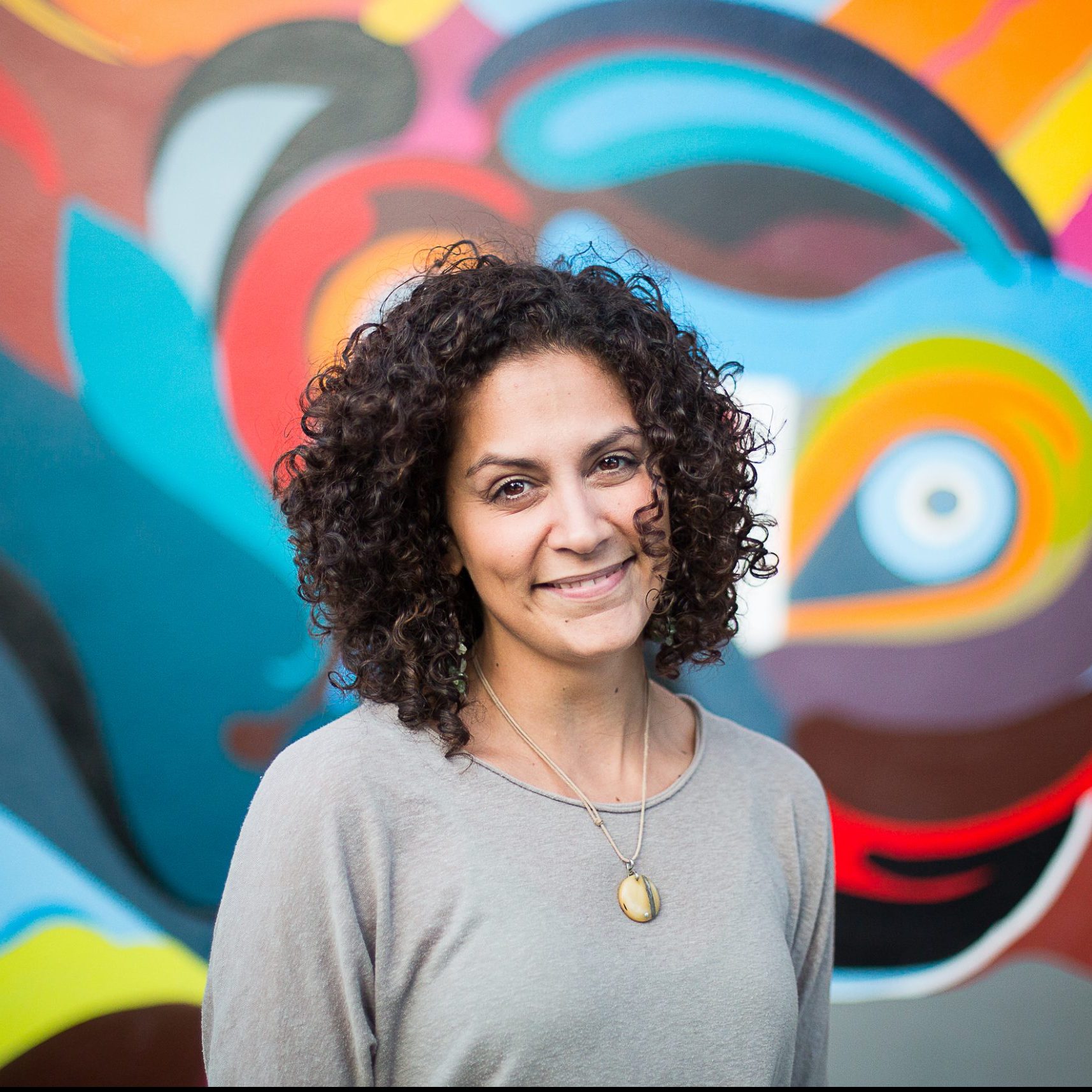 Over the past fifteen years, Martina has produced and edited award-winning audio content in both the U.S. and Latin America. Before launching Adonde Media in 2017, she worked at NPR, KALW-FM in San Francisco, CA, and NPR’s Radio Ambulante, a Spanish-language narrative journalism podcast she co-founded in 2011. She has given numerous workshops and talks on the art of narrative radio storytelling and emerging podcast markets with organizations such as the Third Coast International Audio Festival, the Salt Institute for Documentary Studies, UnionDocs, Prix Italia, Podcast Movement, and more. She also taught a university course on audio storytelling through a 2015 Fulbright grant in her family’s native Uruguay.

Martina launched Adonde Media at Start-Up Chile’s S Factory program, a pre-seed accelerator for female founders in Santiago, Chile. Since then, she has led multilingual and multinational production teams as Executive Producer on all of Adonde’s projects. Martina is now based in Los Angeles, California and proudly serves on the advisory boards of the Werk It Women’s Podcasting conference, Lantigua Williams & Co, and the Jordan-based Arabic podcast production company, Sowt. She is also a mentor in the Google/PRX Creator program. 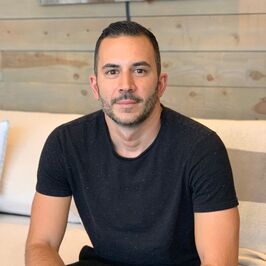 Gonzalo has a broad range of experience in marketing, sales operations, business management and client management roles in startup environments across a variety of industries.

Based in Los Angeles, CA, he was most recently the Director, Account Management and Sales Operations for a startup analytics company that was acquired by a Goldman Sachs owned e-commerce company. Previously, Gonzalo was the most senior member of the Artist Services team at the music tech company Songkick. 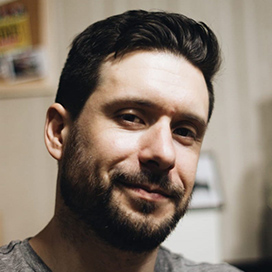 Co-founder of Lunfa, one of the first podcast production companies in Argentina, Mariano has produced several narrative podcasts. 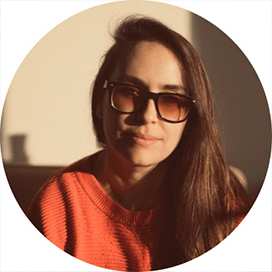 Catalina May is a Chilean journalist based in Santiago. She has worked in written journalism and education for more than a decade before co-creating the Las Raras podcast, which tells non-fiction stories about people who challenge norms and the status quo. She currently serves as the Senior Editor of the Duolingo Spanish Podcast and is the Senior Editor of Adonde Media. 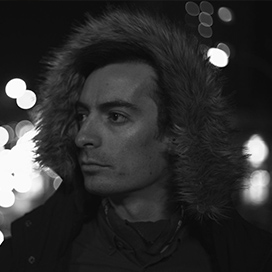 Martín Cruz is a sound engineer, sound designer, musician and aerial cinematographer from Santiago, Chile. He is the co-creator and sound designer behind Las Raras, a Spanish-language storytelling podcast that uses soundscapes and original music to create immersive experiences. He is also the sound designer behind the Duolingo Spanish Podcast and Vice Media’s El Chapo, el Jefe y su Juicio. 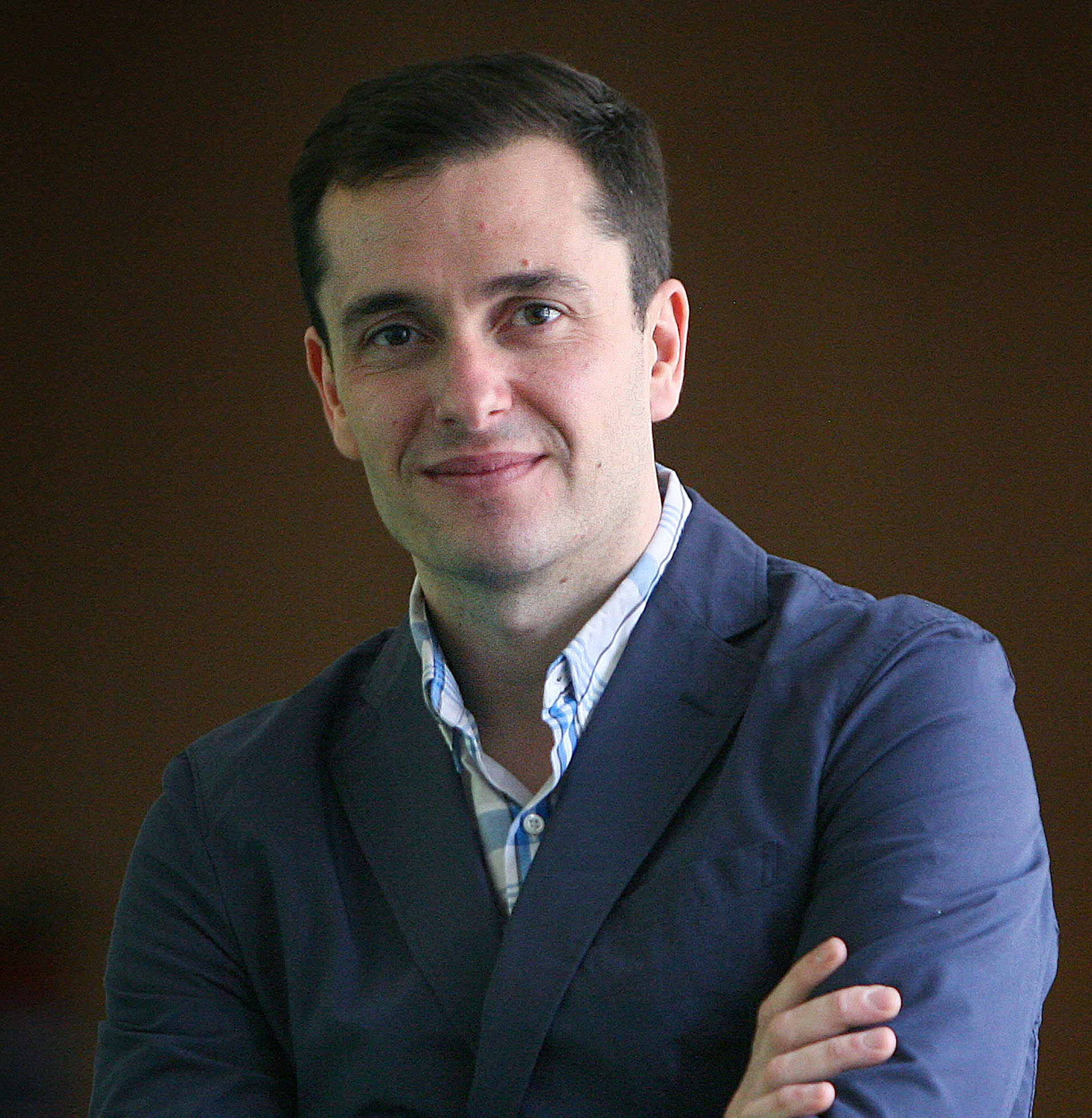 David Alandete is a Spanish journalist who graduated in International Policy from The George Washington University with a Fulbright Grant and who has worked and contributed for some of the most relevant Spanish language media in the world. He has been a correspondent in the United States and the Middle East and a special envoy to conflicts in Syria, Egypt, and Afghanistan and the detention camp in the Guantanamo Navy base. He was the El País managing editor from 2014 to 2018 and White House correspondent for Diario ABC afterward. 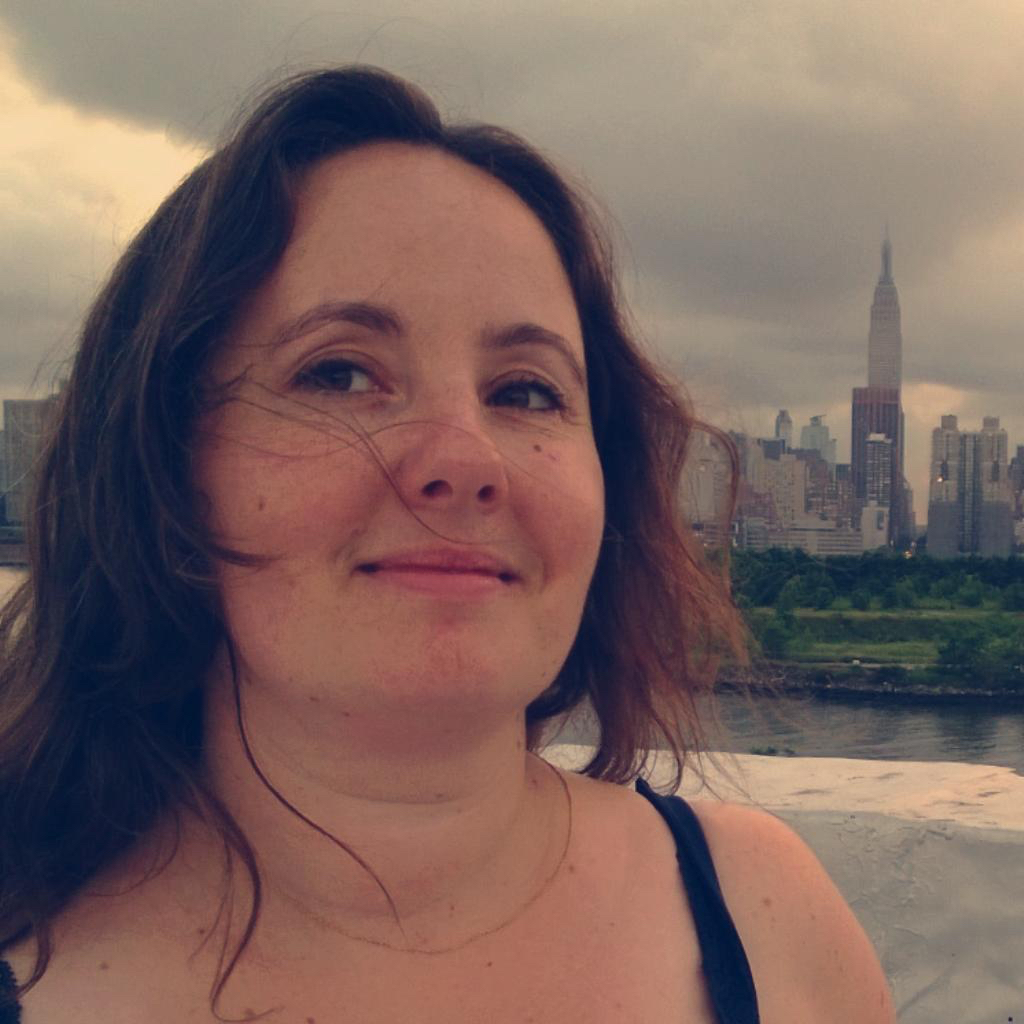 Natacha is the Managing Editor for the Duolingo French Podcast. She uses stories to deepen understanding and foster action. Her documentary work has appeared at the MoMA, the Whitney Museum of American Art, as well as on National Geographic, NBC NY, and on Public Radio affiliates nationally. She used to run the Stanford Storytelling Project’s Storylab and currently teaches multimedia storytelling at the University of San Francisco. At night, she explores the boundaries between French and English on stage in two solo shows: You’re Good for Nothing… I’ll Milk the Cow Myself and Interpret this. 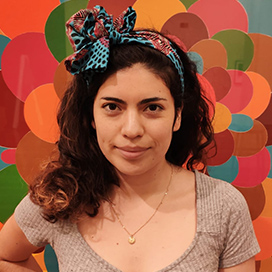 Laura is a radio host and podcast producer based in Colombia. She has worked as a music journalist for three years, producing two podcast series and hosted two radio shows. She’s also the creator of Café Podcastero, a meetup for local podcast producers in Bogotá. She was Editorial assistant for Vice News’ “El Chapo: El Jefe y su Juicio”.
Close 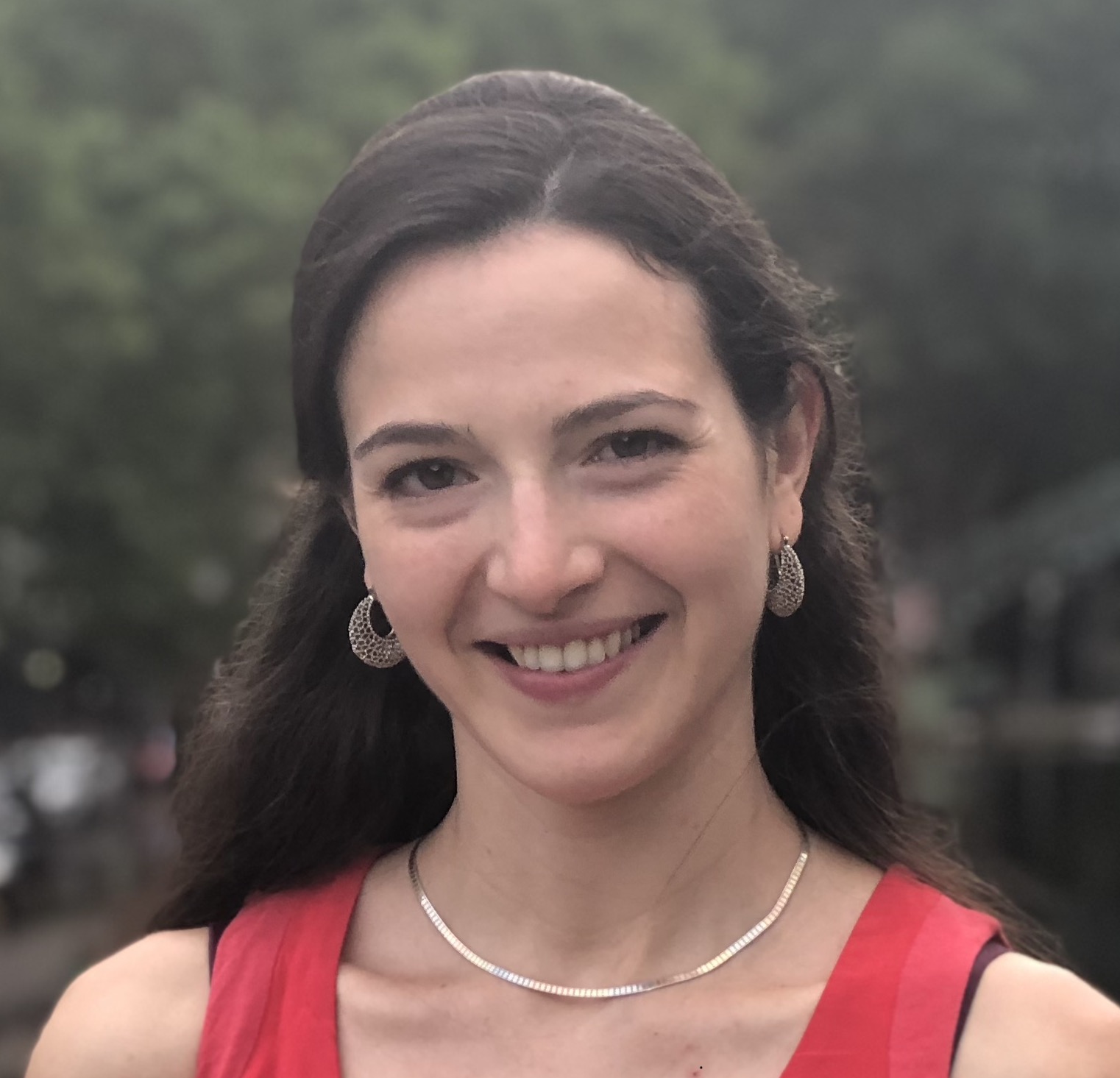 Lorena Galliot comes to Adonde Media with a background in documentary production and a passion for podcasts. A natively trilingual French-Venezuelan-American journalist and producer based in New York, she has worked on projects for Netflix, National Geographic, CNN Films, ABC and more. When she’s not writing or reporting, Lorena can usually be found salsa dancing with her husband or munching on something chocolate. Deep down, everyday people’s lives and stories are what she cares about the most. 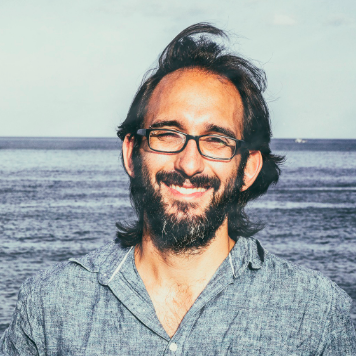 Originally from Venezuela, Luis has been using sound to tell stories on stage, off stage and online for over 15 years. He started his career as a session musician and eventually ended up in New York City through producing, scoring and engineering all kinds of projects, picking up a couple languages and a meditation practice along the way. He currently splits his time between managing and producing digital media projects from his home in Brooklyn and teaching mindfulness-based leadership programs throughout Latin America and the US. 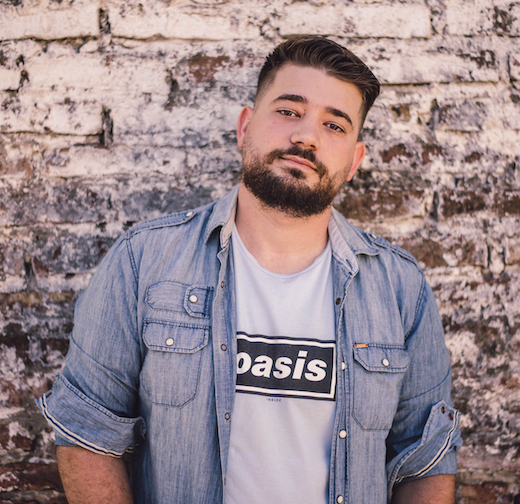 Román comes to Adonde Media from Argentina where he is one of the senior producers at Lunfa.fm, one of the first podcast production companies in the country. With a focus on production management and 10 years of experience in management and planning in other business areas working with big and small teams, he now oversees the production in both the Duolingo Spanish Podcast and Duolingo French Podcast. Perpetually in love with audio storytelling, he has also worked in a mix of roles on narrative podcasts for companies like Penguin Random House and also in independent projects. A zen buddhist, former circus clown, baker and bartender, Román is always on the move whenever he’s not doing podcasts. 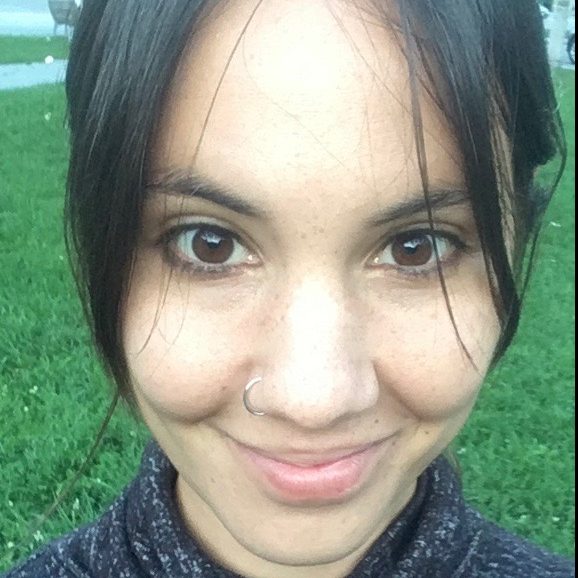 Raised between Caracas and Vancouver, Caro grew up listening to as much salsa as she did the CBC news. Her work has been featured on NPR’s Radio Ambulante, CBC Radio, Pacifica Radio, Kenya’s Daily Nation and IFEX.org. 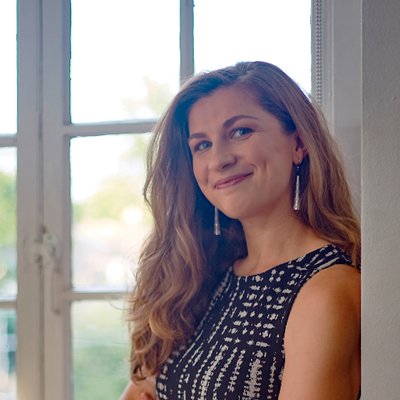 Martine is a trilingual audio producer originally from Montréal, Canada. She enjoys producing pieces where the emotional truth of a story takes center stage. After receiving her B.A. in Political Science and a Masters in Public Health, she landed in Atlanta where she worked on global health and policy initiatives. After 10 years in the field, she followed her insatiable love for audio stories and attended the Transom Story Workshop in Woods Hole, MA. Her work has aired on WHYY’s The Pulse, WCAI and WAMC. She is the co-creator and producer of Small Power, a storytelling podcast about Georgia politics launching in early 2020. 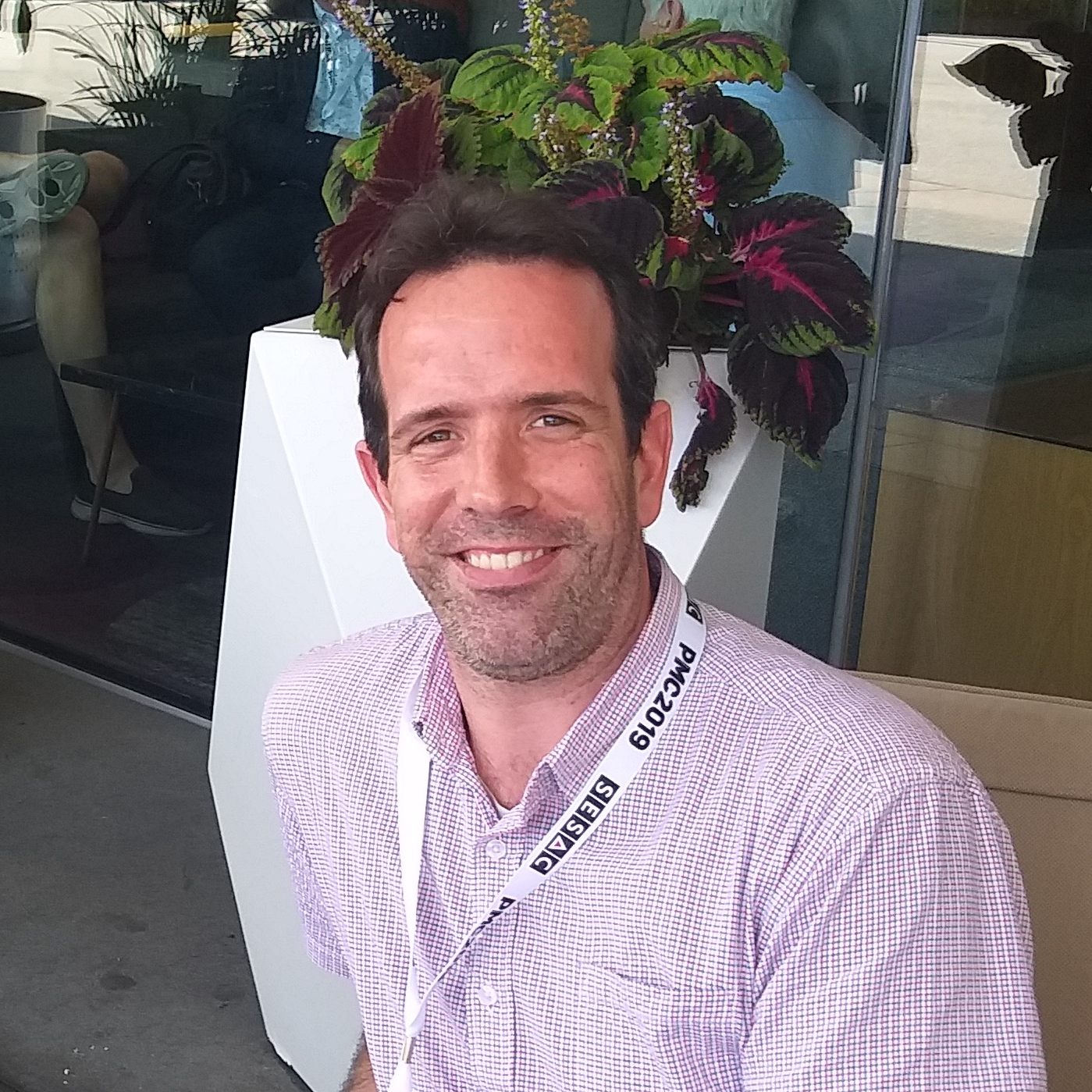 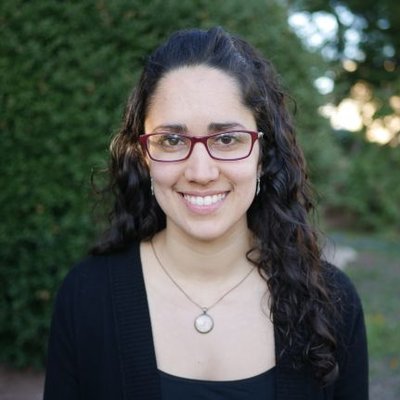 Samia Bouzid is a writer, editor, and sound designer based in Philadelphia. She currently edits scripts for the YouTube channel SciShow. In the past, she worked as a researcher and production assistant at the Richard Lewis Media Group, where she played a mix of roles in creating media for museums. Samia has also worked at NOVA | PBS, making videos for the YouTube channel What the Physics?! She holds an M.A. in journalism from the Newmark Graduate School of Journalism at CUNY. When she’s not telling stories, Samia is often either salsa dancing or playing the viola. 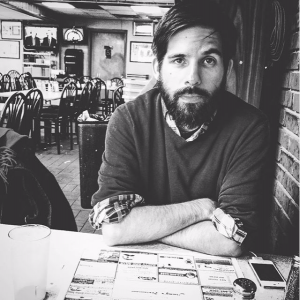 Antonio (ado) is a fiction writer and journalist with more than ten years of experience in teaching, publishing and print media. He is the author of three books, one of them the winner of the Roberto Bolaño Prize. He received a Fulbright to pursue an MFA in Creative Writing (New York University) and recently was selected for the Gabriel García Márquez Fellowship in Cultural Journalism. 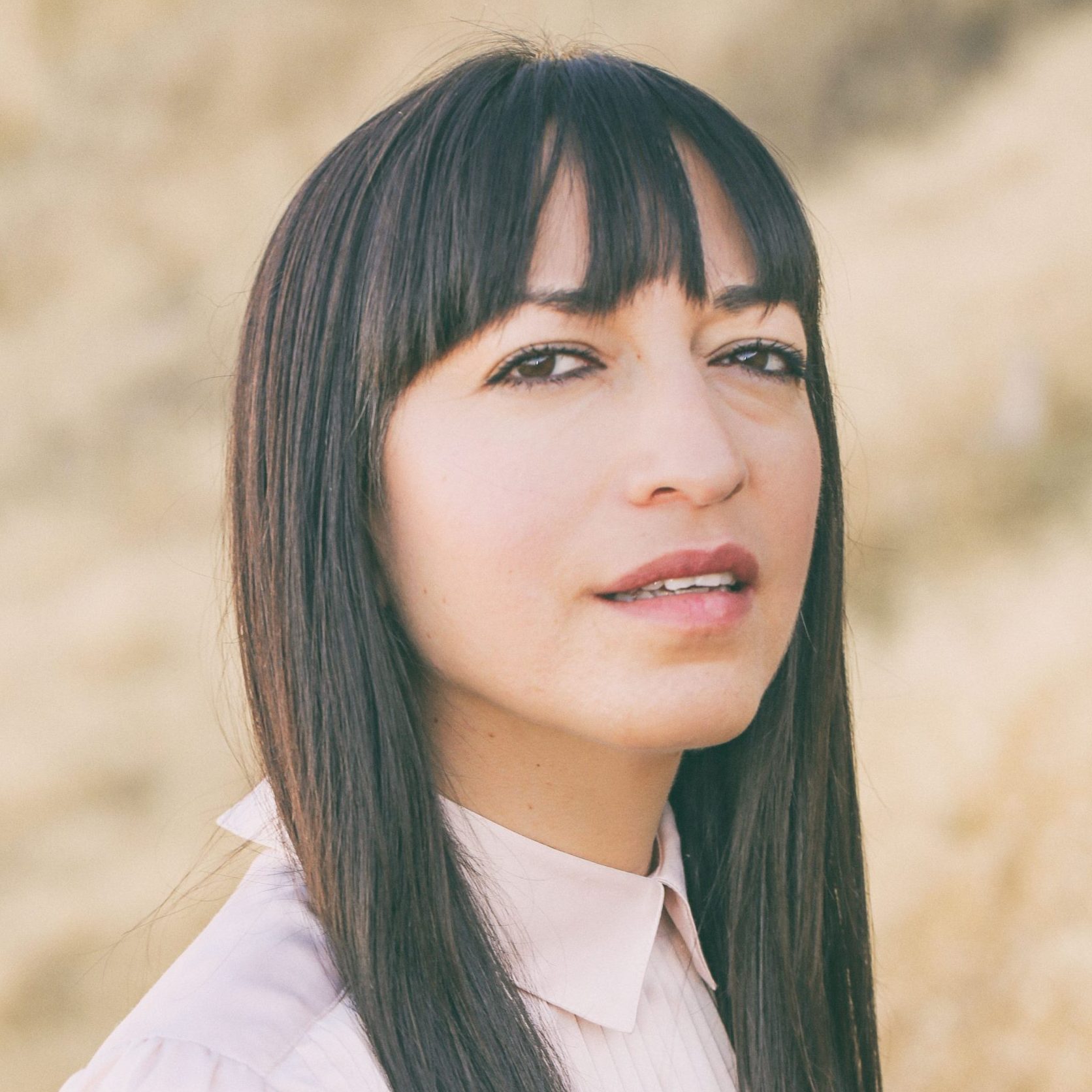 Diana Gameros is a singer, songwriter, and music instructor based in San Francisco, California. She was born and raised in Ciudad Juárez, México and immigrated to the United States as a teenager. Over the last decade in the Bay Area she has released two albums of original songs written in Spanish and English, and Mexican classic songs. Diana has been highlighted often by NPR’s Tiny Desk Concert contest series, and a documentary film about her was released by KQED earlier this year. Her music often tells stories of family, migration, identity, and home, and has led her to perform with other prominent performers such as Joan Baez, Natalia Lafourcade, and the San Francisco Symphony. Diana’s voice and music have appeared on numerous films, documentaries and, most recently, on the television series Mayans MC soundtrack. Her songs and story have been featured on Billboard, Mother Jones, NPR’s Weekend Edition, and PRI’s The World, to name a few. 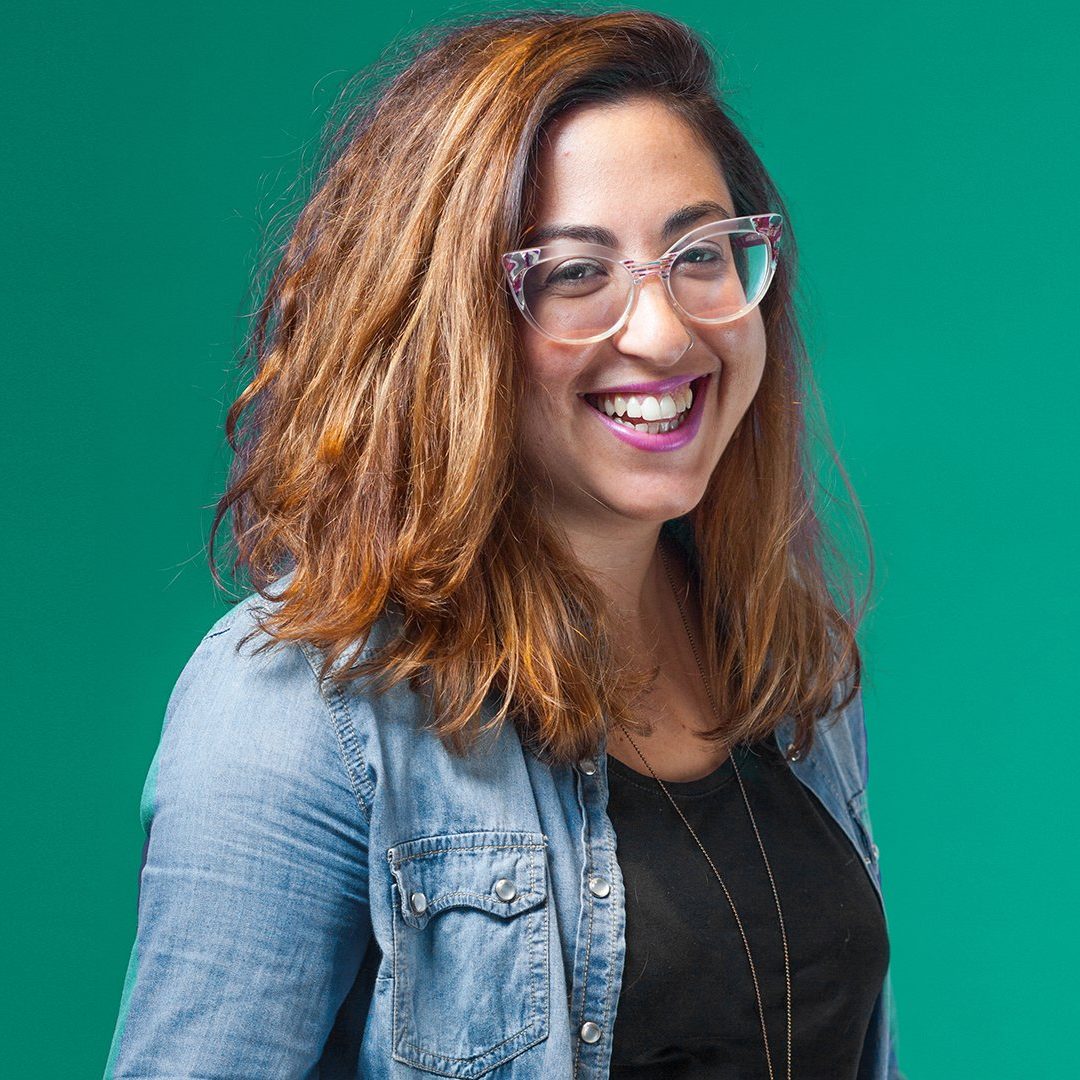 Tali Goldman is a graduate of the National College of Buenos Aires (CNBA), a graduate in Political Science (UBA) and a Master in Creative Writing (UNTREF). She has been a journalist for more than ten years. She has worked at Magazine Twenty-three, El Argentino, and Radio Nacional, among others. She published her first book “The Trade Union Tide; women and unions in the new feminist era” that is going through its second edition and was declared of interest in the Buenos Aires Legislature and the Chamber of Deputies of the Nation. She currently writes chronicles in Amphibious, Our Voices, LATFEM and is a columnist for the radio program Check in White that is broadcast by FM Futurock. She has just won the 2019 edition of the Young Biennial for a story that will be published in an anthology of the Mar Dulce publishing house. 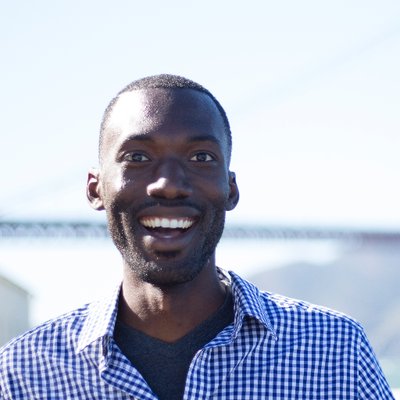 After working for years as a creative strategist in Silicon Valley, Camille moved to New York to pursue her passion for journalism and storytelling. A native French and Swedish speaker, her writings have been published in Riposte, WePresent, Arena and more. In 2017, she received a European Webby Award for a novella project written in collaboration with McSweeney’s. In her spare time, Camille coaches soccer in Brooklyn, contributes as a board member for The University of the Underground and as a mentor for the incubator program The Refiners. 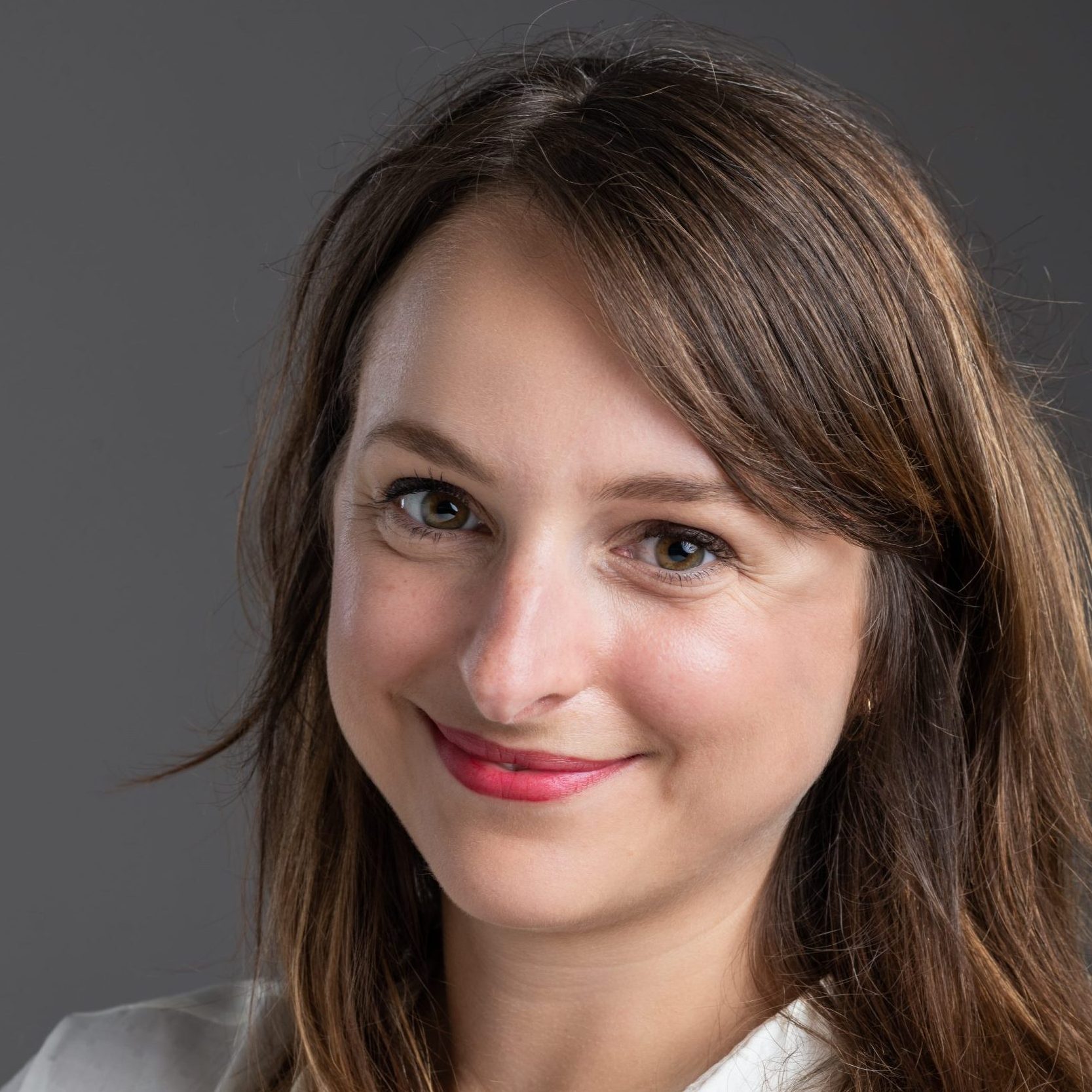 Adélie Pojzman-Pontay is a trilingual journalist and podcast producer from Paris, France. She’s worked with most French podcasting studios –Louie Media, Paradiso, and Binge Audio– where she’s reported, hosted, and written audio documentaries. She also produces Here There Be Dragons, an independant podcast about fear and identity in the cities we live in.

She’s a graduate of the EHESS in Paris and of Columbia’s Graduate School of Journalism, which she attended thanks to a Fulbright scholarship. She’s lived and worked in Jerusalem, Santiago de Chile, Florida, and New York. Adelie spends her time between Paris and Nice, where she spends her free time hiking, rowing, and eating. 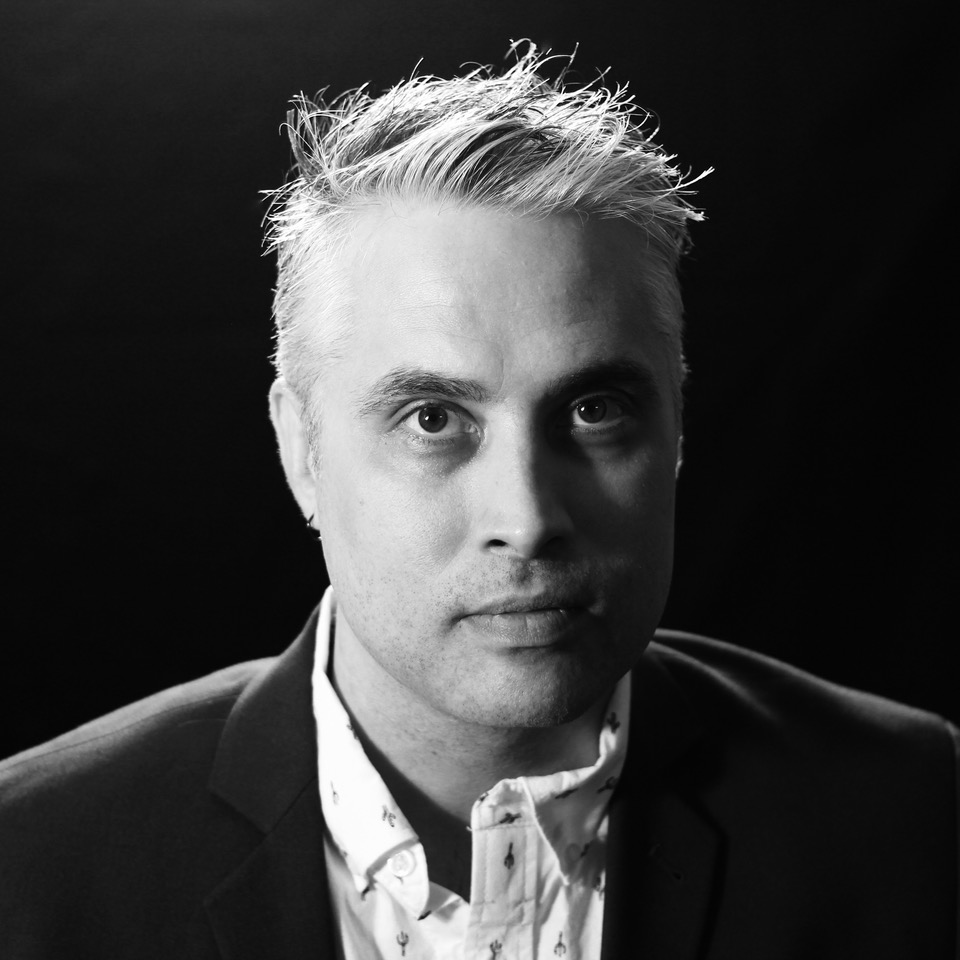 Antonio Romero is a multi-instrumentalist musician and audio artist who has developed his career mainly as a composer and sound designer. He has written scores for feature films, shorts, and documentaries. His work has been​ featured on HBO, NETFLIX, Amazon Prime, and numerous TV commercial ads for world-recognized brands like American Express, Coca-Cola, General Motors, Citibank, among many others. 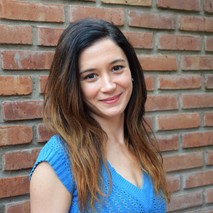 A journalist with a degree in Communication Sciences at the University of Buenos Aires with a postgraduate degree in Communication, Gender and Sexualities, Mariana has a Masters in Journalism at the Faculty of Social Sciences of the UBA. She collaborate with a number of independent journalist publications. She developed ‘Mujeres Urbanas’, an online publication with a feminist perspective and is editor of La Cafeteguía, the guide to coffee shops in Buenos Aires. She has produced the podcasts “Empoderadas: narraciones personales, historias colectivas” and “¡Vivas! y Haciendo Historia”. She has participated in the sound experience “Vivas nos queremos”. 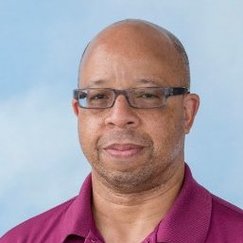 Doug Mitchell is Founder and Director of NPR’s Next Generation Radio training program. He spent five years co-leading a Ford Foundation program designed to help journalists of color create and grow their own media companies. He also serves on the board of the Latino Public Radio Consortium. 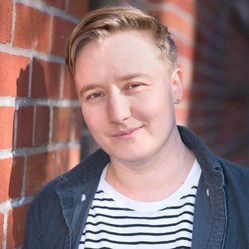 Jenna is co-founder of Pineapple Street Media, a podcast production company based in New York that has produced shows for partners including The New York Times, Hillary Clinton, Preet Bharara, Lena Dunham, Morgan Stanley and Wieden+Kennedy.

How can we help you? / ¿Cómo le podemos ayudar?